Coach Bobby Mayne has nearly 40 years of experience and knowledge in competitive boxing since 1981 first gloving up as a 14 year old junior boxer, having competed in 34 bouts both in Australia which included representing the Australian Army in Tri–Services boxing tournaments and in England and Northern Ireland training under some of the knowledgeable coaches in the sport.

On returning to Australia during the early 1990s, Bobby’s services were in demand in devising boxing training and fitness classes for martial arts clubs along with successfully developing fighter training programs for Muay Thai and mixed martial arts gyms which produced many champions at State, National and International levels. It was during this period of instructing boxing and boxing for fitness classes he was approached by several students asking for recommendations for boxing coaching books for reference reading, as at that time there were not many comprehensive coaching books available Bobby saw an opportunity of writing his own boxing coaching book based on his competitive and coaching experiences over the years. This concept was finally published after 10 years of draft writing as ‘The Art of Boxing: Your Guide to the Sweet Science’ in 2009.

In 2005, Bobby was approached by the Western Australian Government’s Combat Sports Commission to become a Professional Boxing Judge, which he judged over 35 bouts including a World Title fight in Hong Kong. The knowledge gained from officiating bouts especially understanding the criteria for scoring rounds during a bout has assisted in training tactics with boxers to influence the judges scoring.

Boxrite Boxing Club was established being registered with BoxingWA and the Combat Sports Commission for training Olympic style (amateur) and professional boxers for competition with many boxers representing Boxrite Boxing Club successfully competing at State, National and International tournaments. Bobby’s coaching experience has been in demand with professional fighters, commencing with Daniel ‘The Rock’ Dawson in 2010 developing Dawson from a ‘journeyman boxer’ to world title contender and eventual WBF Super Welterweight World Champion (2013 – 2015), then prepared him to compete at the top level of professional boxing against former WBA World Superwelterweight Champion Austin Trout in California, USA on a Goossen Promotion televised on ESPN2 (2014) and against Freddie Roach trained world title contender Glen Tapia on a Top Rank Promotion in Macau televised on Showtime (2015). Bobby has also trained Paul Morison to win the Victorian Super Middleweight Title in 2016 and more recently trained Malaysian Featherweight boxer Aiman Abu Bakar to win his ‘Homecoming Fight’ on the undercard of the Manny Pacquiao vs Lucas Matthysse Promotion at Axiata Arena, Kuala Lumpur, Malaysia in 2018. 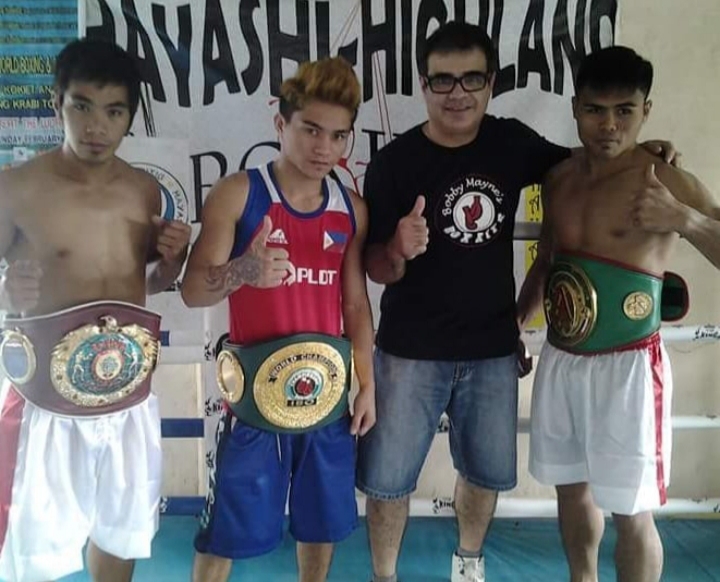